It won’t come as a particular surprise that from my perspective, the holidays (really, any holiday) are all about the food. I can’t remember the last time I had roast turkey but nonetheless, cooking an exceptionally beautiful meal at this time of year is an important tradition for me and mine.

This year we’ve already hosted two Christmas feasts, one for a group of friends and one for extended family members. It’s been quite fun to get to make elaborate feasts not just for the main event, but also leading up to it. So this next pair of posts is a bit of a run-down of some of the things we’ve tried at each of these meals, and hopefully will give you some inspiration if, like me, you’ve yet to decide what you’re actually going to cook for Christmas day itself.

The Honey & Co. cookbook is undoubtedly my cookbook of the year. I can’t stop cooking their recipes. Our first feast ended up being on a Tuesday night, since it was a minor miracle that 12 busy London peoples’ schedules managed to converge for one night. So all the cooking and prep needed to happen on the weekend, so that I could just swan back home from work, bung the oven on, don a frock and start swilling martinis.

…obviously, that’s a bit of a fairy-tale version of how it really turned out, but nonetheless all we had to do was an hour of furious chopping, mixing, and tidying up before we “got the party started”, in the parlance of our times.

So with all that in mind, we wanted something we could cook quickly, or even just re-heat. The Honey & Co. madfunia recipe was just the ticket- you slow cook chicken thighs with chestnuts, caramelised onions and raisins, then cover with cling film and leave in the fridge until the day of, then nestle a bed of kadaifi pastry on top and bake until golden and crispy (they say about 20-30 min). It did take a bit longer to cook then that, because it was still cold from the fridge. So I’d say if you are going to prep and chill in advance, heat it through for half an hour or so before adding the kadaifi.

But still, what a beautiful dish! It was aromatic, and festive, and pretty impressive looking too. I am quite tempted to re-play this dish for Christmas day. 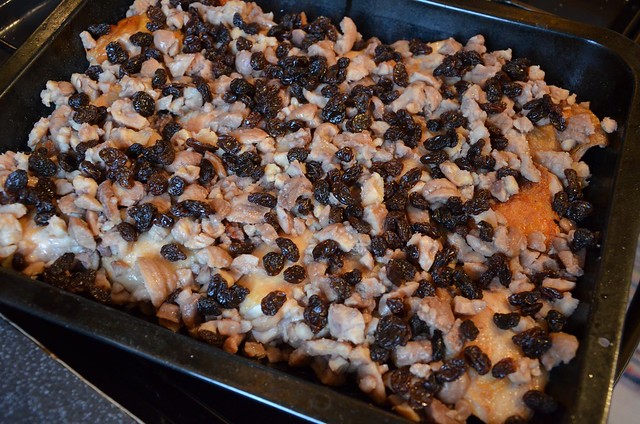 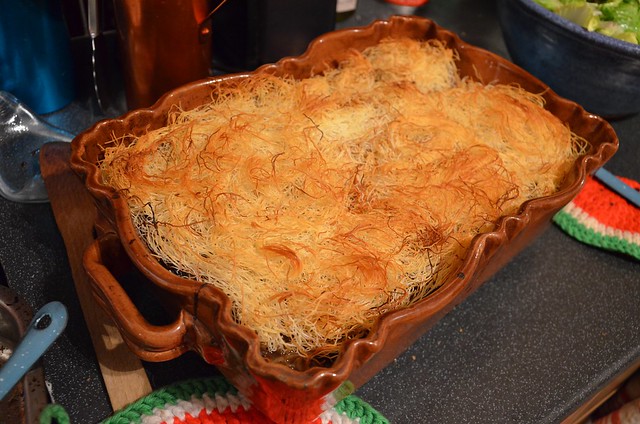 The other excellent dish we prepared in advance was Maria Elia’s ouzo-cured salmon- cured for two days salt, sugar, crushed fennel seeds and ouzo, it was almost candied and was quickly gobbled up along with some dill-pickled cucumbers (another Honey & Co recipe). 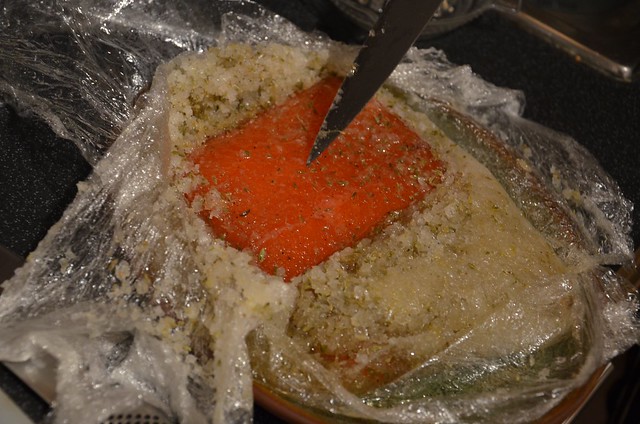 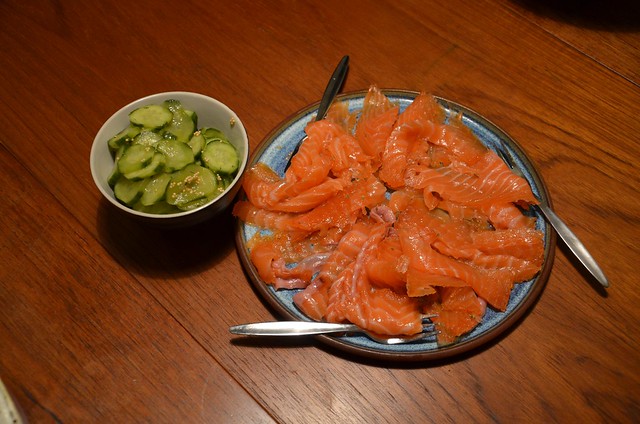 Is this reading like a greatest hits of 2014 cookbook recipes? I did add a bit of my own flair though, with a retro canape of endive leaves with a goat’s curd and ricotta cheese spread, with a poached quince sliver on top and some smoky turkish chili flakes. I had originally poached the quince in an ambitious plan to make cocktails with the poaching liquid –but this plan never came to “fruition”. 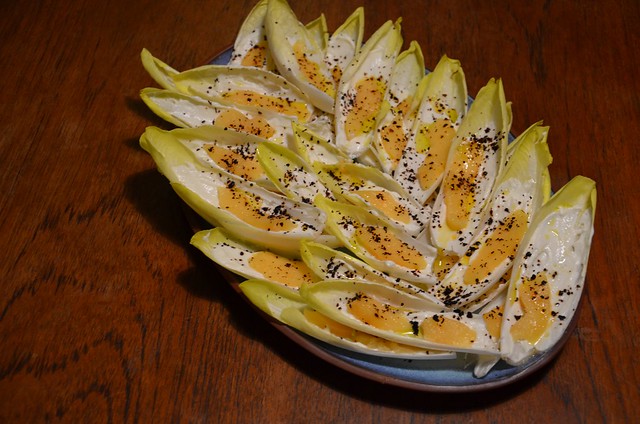