A few weeks ago we went to North Carolina to visit my family, to meet the latest addition: baby Alexis, or as we call him, Bebis.

North Carolina has a strong barbequeing culture, which mainly revolves around pork–– it is the home of pulled pork; or as it’s often called there, whole hog BBQ. They are pretty serious about the whole hog thing. One local establishment boasts ‘everything but the squeal’ ––and you need only order a side of scrapple to know they are serious.

Despite the abundance of excellent places to eat meat, good butchers are few and far between. So I was excited to check out the recently opened Rose’s Meat Market and Sweet Shop, another in the wave of small independent food businesses popping up all over regenerating downtown Durham. I’m not sure what the provenance is behind the combo of meats and sweets (sweetbreads? sweet meats?) but the shop gave the impression that there was one. In any case the meat counter was well supplied, there was butchery on demand, and although I didn’t sample any, the cakes did look nice.

We wanted something interesting that we wouldn’t normally come across. The young butcher recommended the culotte steak, a common cut in Argentinian steak houses which has a thick layer of fat on the top and is grilled whole then cut into thin slices. The fat is charred so that it melts into a crackling-like consistency before flipping over the meat for a short cook on the other side. The result is juicy, seared crisp flesh on the outside with a tender and nearly bleu inside.

Having never thought of culottes as anything besides rather fabulous lounging shorts, we turned to the internet for inspiration. We basically just did what these guys did, and it was pretty excellent. If I did it again, I’d probably be more prepared for the massive flames from all that fat. It was a little terrifying, be warned!

I’m nothing if not a novice griller, but I’m getting better at striking the balance between grilling enough things to make the whole rigmarole worthwhile and not slaving over the hot smoke for hours. For sides we grilled aubergines, okra and sweetcorn on the cob, and made a big greek salad for a bit of freshness. Relaxing on the back porch with an Austrian rosé from Wine Authorities in the sultry North Carolina twilight, this meal has a lot of hangoutitude. 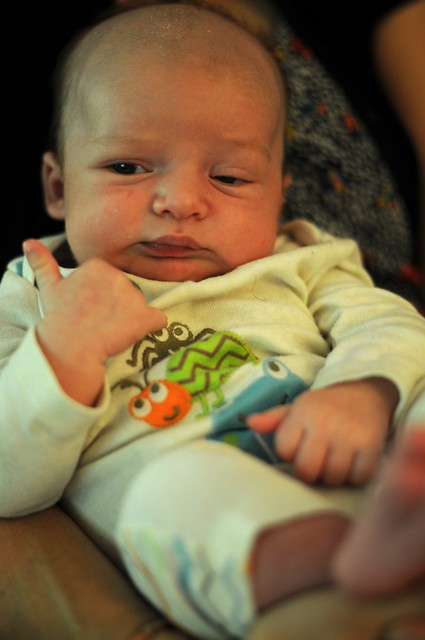 Thumbs up from Bebis